How to speculate according to the ‘merchant principle’

Price data for financial instruments and commodities was relatively easy to access during the eighteenth century. We know that price lists, such as Castaing’s Course of the Exchange, were regarded as valuable, that they were kept and that they were frequently enclosed or abstracted in merchants’ and other correspondence. But isolated price data is not information. Without context, it is just numbers. If we are to understand how investment decisions were made we need to know much more about how price data was contextualised and utilised. I recently came across a letter that gives us some clues. I wasn’t looking for evidence about investment behaviour, I was trying to figure out what eighteenth-century bankers did all day. I found very little to illuminate the latter but finding a letter focusing on speculation was an unexpected delight in an otherwise rather unproductive morning.

The correspondents were Mary Bosanquet and her brother Samuel. Samuel was a merchant, and a director of the Levant Company and of the Bank of England (hence my interest in the letters).[i] 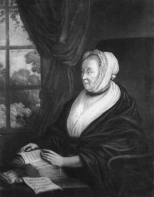 Mary turns out to have been far more interesting than her brother. A deeply religious woman, she embraced Methodism and left home at the age of 21 to establish a Christian community in Leytonstone. The community eventually comprised around 70 poor adults and children and Mary eschewed her family’s fashionable lifestyle to divert funds to its maintenance. In 1768 Mary moved the community to Cross Hall, near Leeds. The property included not just an orphanage and school but also a dairy farm and malt kilns.[ii] A great deal of her subsequent correspondence with her brother was occupied in the exchange of information about the farm and its activities.

In April 1773 Samuel wrote to Mary about ‘speculations’ in malt. She had clearly asked for advice about a plan hatched by her maltster to keep back £500 of the commodity for the following year. Samuel was concerned that ‘from being unacquainted with the nature of speculations you may be involved to deeply as hardly ever to get the better of it’.[iii]

The most interesting part of Samuel’s letter is his description of how decisions to speculate in a particular commodity were made:

All merchants or others who are accustomed to speculate in any commodity allways take the price this commodity has been for many different years & putting them all together, see what the mean price is, or as they call it the average price – & whenever the commodity they mean to speculate in can be bought under their average price, they think they may safely engage, as they have reason to suppose it will rise in order to come up to its usual price.[iv]

Or course, this may simply indicate that those engaged in commodity trading made rule-of-thumb calculations based on an intimate knowledge of their chosen market. Bosanquet’s description, however, does seem to point to a habit among merchants of both retaining price data and seeking to manipulate it to reveal and forecast trends. It also implies a dependence on an accumulation of data both to represent the market and as a basis for decision-making. Bosanquet was clearly an adherent of such methods and he offered Mary a warning of the consequences of ignoring them in the example of Sir George Colebrooke. Colebrooke speculated in hemp and alum accumulating losses to the tune of around £190,000.[v] The doors of his bank closed in March 1773, so this was an example fresh in Bosanquet’s mind.

her business. He recommended calculations based on the previous ten years prices noting that if current prices were then lower than the average, Mary would be unlikely to suffer financially by keeping the malt, although he did note that the malt itself might deteriorate while stored. If, however, current prices were higher than the 10 year average, and indeed Bosanquet believed it was the case that prices were at least 10 shillings a quarter higher, then he argued that it would be ‘absolute madness (upon the merchant principle)’ to speculate. He told Mary ‘you may reasonably expect as great a fall to bring it to the average as the careful speculator does a rise when he buys cheap’.[vi]

The alternative to keeping back the malt also had to be approached with caution. Bosanquet recommended that Mary should not sell unless she could be sure of getting ‘ready money’, or payment in specie. The malt trade was, according to Bosanquet, ‘famous for this kind of disadvantage & more people have been ruined by losses in bad payments in this way of trade than in hardly any other’.[vii] Brewers needed to purchase on credit because their profits would only be realised when their product was ready for sale. The risk of default on malt paid for on credit appeared to be high. There is a strong implication throughout the letter that Bosanquet regarded malt as a poor investment in every respect.

This letter is fascinating for its discussion about how price data was collected and interpreted to inform decision-making. It also shows that such techniques were not generally known. Mary Bosanquet had to learn about price data and how it was to be used in determining wise investments. Unfortunately the letters do not reveal how Mary applied her new-found knowledge nor whether she continued to speculate according to the ‘merchant principle’.

Image of Course of the Exchange courtesy of the Annuities Museum: https://www.immediateannuities.com/annuitymuseum/historicannuityquotations/annuityquotationdocuments/40200.html

Like Loading...
This entry was posted in Bank of England and tagged Bank of England, Early modern women, Financial History, investment, speculation. Bookmark the permalink.